UiO Centre for Development and the Environment
Main navigation
Back to uio.no
Sub navigation Menu
Research > Publications > 2014 > Ola Westengen and Anne K. Brysting: Crop adaptation to climate change in the semi-arid zone in Tanzania: the role of genetic resources and seed systems 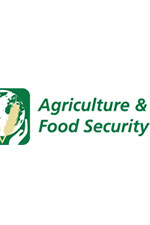 Rural livelihoods relying on agriculture are particularly vulnerable to climate change. Climate models project increasingly negative effects on maize and sorghum production in sub-Saharan Africa. We present a case study of the role of genetic resources and seed systems in adapting to climatic stress from the semi-arid agroecological zone in Tanzania.

Crop adaptation, switching to more drought-tolerant crop species or varieties, is an important adaptation strategy within a diverse portfolio of livelihood responses to climatic stress. Crop adaptation involves the adoption of improved maize varieties combined with continued use of local varieties of both maize and sorghum. Regression modelling shows that households receiving the extension service and owning livestock are more likely to switch to drought-tolerant varieties as a response to climatic stress than those without access to these assets. The seed system in the study area consists of both formal and informal elements. The informal channels supply the highest quantities of both sorghum and maize seeds. Recycling of improved varieties of maize is common and the majority of households practice seed selection. Detailed assessment of the three different categories of genetic resources – local, improved and farmer-recycled varieties – reveals that drought tolerance is more frequently reported as a reason for growing local varieties than for growing improved varieties of maize and sorghum. The significantly later maturity reported for local varieties compared to the improved varieties bred to have a short growing cycle indicates that households distinguish between drought-tolerance and drought-avoidance traits.

Seed system perspectives on crop adaptation offer insights into the complex ways crop adaptation is realized at the livelihood level. The integration of informal and formal seed system elements is important for the adaptive capacity of agriculture-based livelihoods. Our findings highlight the value and importance of location-specific information about crop variety use for arriving at realistic recommendations in impact and adaptation studies.