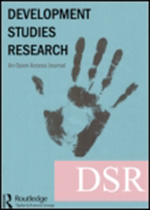 This article examines the controversy over land transfers for two proposed but now deadlocked industrial projects in India. Both projects – one in Andhra Pradesh, the other in West Bengal – were initially presented as key to the future development of each state and given strong backing by their respective state governments. They also appeared well financed by technically competent, Indian private sector companies, indicating that swift implementation should have been expected. However, once strong opposition emerged from the potential displacees, supported by both political and civil society, both projects failed to come to fruition. Restitution of the land already acquired for these hibernating projects remains to be carried out however – the land at present lies vacant and is used neither for industrialization, nor for any other productive purpose. We characterize this stalemated form of development as ‘development deadlock’ that in effect benefits nobody. Key to explaining this outcome is, we argue, the significant uncertainty and complexity that arises when many different groups, respectively, promote and oppose a project within a fractured politico-administrative and legal system marred by considerable ambiguity. The present deadlock is seen as a combination of neglect and nurture by the actors involved in land struggles.

Read the whole article on the Publishers web site.