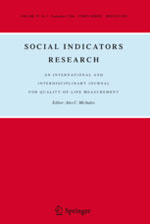 The 2008 financial crisis hit the world’s economies in different ways. In Spain, the economic crisis has had an acute effect on unemployment and access to education, aggravated by the austerity plans of the Spanish government. In order to cope with the crisis, the government′s efforts have aimed to control public deficit and stabilize financial markets, rather than to directly support citizens’ wellbeing. This paper studies the relationship between unemployment, education, income and subjective wellbeing (SWB) in the city of Granada, one of the most negatively affected by the crisis, using representative household data for 2012. We approach SWB from three different but interrelated angles through answers to questions on life satisfaction, financial satisfaction and material needs satisfaction. Results reveal that in this context of crisis and high levels of unemployment, higher education and employment status are still strong determinants of SWB but that income has a weak and non-robust relationship with SWB, except in the case of satisfying material needs. In addition, the unemployment levels of the same age-group are also negatively linked with people’s SWB, contrary to what we would expect from previous literature predicting a positive impact of having others around experiencing the same precarious situation. Thus, our results suggest that in Spain, policies to address the effects of the crisis should strengthen their focus on providing employment opportunities and keeping people in education rather than cutting public spending to meet the needs of the financial markets.