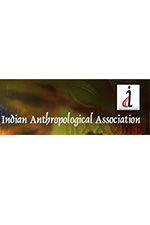 Fieldwork is an essential research tool in the anthropology. However, ethical principles that often provide guidelines for fieldwork may prove inadequate or conflicting when fieldwork is conducted in situations of extreme poverty. Experiencing field reality with these ethical dilemmas is a ‘social fact’ that a researcher carries while attempting to influence Public policies through research. This paper attempts to chart out lessons learned while handling ethical dilemmas that emerged while carrying out the fieldwork by the author, as part of the study that aimed at explaining the failure of public policy and public action to reduce starvation. It discusses a set of ethical dilemmas related to assisting study respondents who live in extreme poverty, including payment for information, provision of loans and access to the researcher’s facilities. Thereafter, the paper examines how researcher can influence public policies based on experiences and empirical evidence available from the field, including the extent to which researchers working in development studies can become involved in potentially improving the livelihoods of people living in poverty.