Dogs and pigs are about equally smart, equally sensitive, and equally sociable. But whereas dogs have been made into "honorary members of the human family”, hogs are treated increasingly only as "raw materials" and "manufactured commodities." 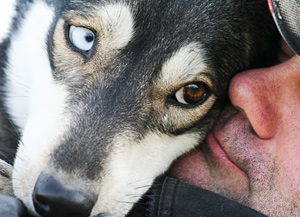 In the same way that only a single letter distinguishes the words "dog" and "hog,” not much separates an exemplar of canis lupus familiaris from a member of the genus sus – whether cognitively, emotionally, or socially. In plain Norwenglish, dogs and pigs are about equally smart, equally sensitive, and equally sociable. However, in exchanging those two letters with one another, we invite a whole world of practical difference. While dogs have been made into "honorary members of the human family” (Scruton), hogs are treated increasingly only as "raw materials" and "manufactured commodities" (Berger). In short, our ways of relating to these two species could hardly be more different.

Moral philosophers tend to respond to this paradox by urging that we make practices more consistent, and they propose that normative ethical theory is the most likely tool for this job. With the help of Richard Rorty's pragmatism, I question both points. I suggest instead that we start seeing the issue of what constitutes moral treatment of nonhuman animals as rhetorical, as a relation between a speaker (with a specific normative agenda) and her audience (with its particular normative leanings).