UiO Centre for Development and the Environment
Main navigation
Back to uio.no
Sub navigation Menu
Research > Research Projects from A to Z > The Economic, Environmental, and Political Strategies of Central American Economic Groups 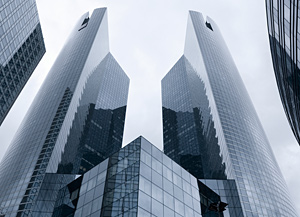 This project focuses on how the process of transnationalization affects the strategies of the Central American economic groups (CAEGs), and what they will mean for the sustainable development of the region. More specifically the purpose of the proposed project is to study:

The project is conducted in collaboration with the Norwegian Institute for Foreign Affairs (NUPI) and Universidad Nacional (UNA) in Costa Rica. Benedicte Bull at SUM is project leader and leads the work on the third component. Senior researcher Fulvio Castelacci at NUPI and Dr. Alexander López at UNA will lead the work on the first and second component respectively.

The literature and public debate about this is divided on the consequences of this transnationalization. Some argue that transnational companies cause destructive competition, expel local firms, and prevent new establishments, while the traditional powerful groups maintain their stronghold by diversifying their economic activities and enter into alliances with foreign capital. The result is a region characterized by deepening inequality and social exclusion.

Others, however, argue that this transnationalization involves a modernization of the Central American companies that can bring about modern, socially responsible businesses that contribute to the sustainable development of the region. They argue that foreign companies give an economic impetus to the local economy in terms of employment and production, with a potential for creating constructive competition, and that linkages with local firms have the potential of significant learning and technology transfer.