A project studying how Venezuelans are coping with the crisis in the country on a micro-level and the emerging of new inequalities is attracting considerable attention in Venezuela. Here is a summary of some the key findings in the project so far. 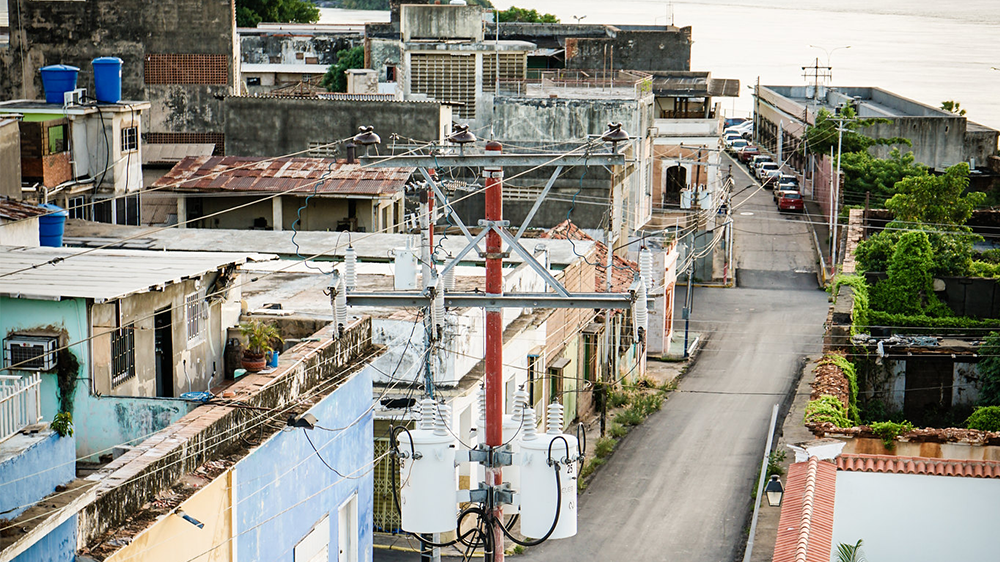 In recent years, Venezuela has been through an economic, political and environmental collapse, with an 80 percent reduction in its gross domestic product (GDP), hyperinflation and a dramatic increase in poverty-levels. The crisis has largely been due to the long-term failure of a state dominated development model and a politicized economic management, aggravated by economic sanctions. Due to the severity of the crisis, the government has lifted many of the restrictions characterizing the development model, including currency-, and price controls, and tariffs on foreign trade, while cutting governmental spending.

Since 2020, the Centre for Development and the Environment (SUM), has cooperated with the Labor Research and Information Center (CIFO) in Venezuela and the University of New Brunswick, Canada, on a project that seeks to research how the Venezuelan economy actually functions at the ‘micro-level’. In the project, the researchers are concerned with what development model that actually emerges as a result of the ad-hoc and haphazardly managed process of liberalization

At SUM, the project is led by professor Benedicte Bull.

We are motivated by understanding how different groups of people actually survive during dramatic economic crises, and what new inequalities that emerge. To understand that, we have done detailed surveys in specific economic spheres, she says.

So far the project group has has undertaken three surveys.

1. Study of the illegal mining economy

First, they conducted a survey of the economy in an area of illegal mining controlled by various armed groups in the Venezuelan Amazon, in the state of Bolivar. It resulted in one popular article.

– Here we surveyed workers and local residents about their form of payment, wages, and the authorities in the area. However, due to security reasons, we were unable to make this survey sufficiently large so as to draw significant conclusions, but we documented the common payment in gold in the zones, the enormous prices of basic goods, including medicines, and the control by various armed gangs and the military.

The second study is a study of a new phenomenon in the commercial sector: large bodegas that have emerged as a result of exemptions from trading rules and the lifting of price and currency controls. Starting with small ‘import’ shops six years ago, they have evolved into enormous shopping sites where you can get anything from all over the world, imported directly and sold in dollar prices.

So far, the researchers have published one paper with the Venezuelan chapter of the Friedrich Ebert Foundation. It is available here. Manuel Sutherland of CIFO has written an additional article, available here.

They found that almost none of the owners of these stores that mainly sell different groceries and other goods you would normally find in a supermarket, had any experience in that sector. Wages are relatively low, and mostly paid in the local currency Bolivares. There are payments done in both Bolivares, dollars and some in Colombian pesos, but the large amounts are paid in dollars.

– We interpret the phenomenon of Bodegones as an expression of new inequalities emerging in the context of a non-regulated economic openness. Bodegones are a phenomenon that may be interpreted as elements in a deregulated capitalist economy, in which the government is clearly participating, but not regulating as a coherent state. It is an economy with very weak protection for the poor or for the environment, but where those that have sufficient economic resources are allowed to compete and fill their needs.

The study of the 'bodegones' has been the basis for a number of interviews in the media and articles that are based on the study, published internationally. These are linked below.

The question we posed here is how do people that earn the equivalent of 5 dollars a month surveyed in an economy where prices are now at the level of some European countries.

– We surveyed and organized focus groups among 68 state institutions in 8 different states in Venezuela.

This has not yet been published, but some highlights are:

Highlights from the media: