- I look forward to collaborate and interact with scholars at SUM, who have been pioneers in research on elites and environmental conflicts in Central America, says Anna G. Sveinsdóttir. 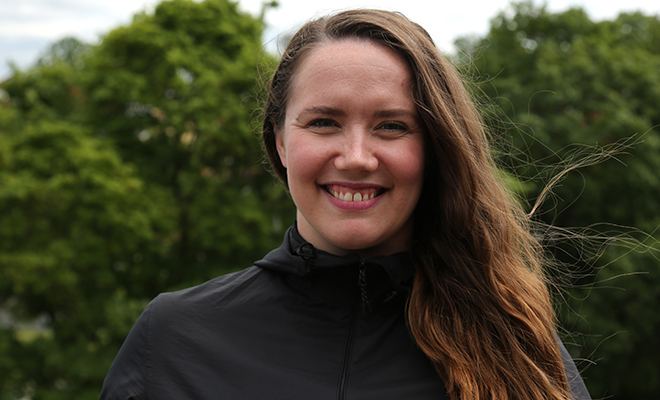 The aim of Anna G. Sveinsdóttir's research is to better understand the proliferation of socio-environmental conflicts emerging from industries such as mining and hydropower in Guatemala.

We are excited to welcome Anna G. Sveinsdóttir from the University of Denver as a guest researcher at SUM this summer.

Anna is a PhD candidate at the University of Denver’s Department of Geography and the Environment, and is doing research on extractive industries, conflict and the struggle for environmental justice in Guatemala. From 2012 to 2014, she was a student at SUM’s master’s degree programme, where she wrote her thesis on land tenure and tourism development in Nicaragua.

I am very excited to be back in an academic setting here in Oslo. It was my dream all along to come back to Norway, she says.

While visiting SUM, Anna will participate in SUM's Research School for PhD candidates. She will also contribute to the work of a newly established research group on rural transformations in the new century.

Anna’s research on environmental conflicts and extractive industries is highly relevant to our research group. These conflicts almost exclusively relate to poor, and sometimes indigenous, rural people in Guatemala. We look very much forward to Anna’s contributions, says leader of the research group, Mariel-Aguilar Støen.

Anna Sveinsdóttir has since 2014 conducted extensive fieldwork in Guatemala, interviewing actors from the private and public sector, but also members of groups in resistance towards resource extraction.

In recent years, environmental struggles led by strong social movements have emerged in Guatemala, in response to the imposition of mining and hydroelectric projects. These grassroots movements include indigenous peoples and the rural poor, and their resistance addresses claims to political autonomy, the rights to lands and territories, environmental degradation, the politics of livelihood and cultural survival.

The purpose of her research is to better understand the spread of these conflicts that arise in the context of extractive projects. Influenced by the research of Associate Professor Mariel Aguilar-Støen and Professor Benedicte Bull on elites in Latin America, her emphasis will be on the role that private sector groups and elites play in shaping such conflicts.

The role of elites has often been neglected in research on such conflicts, mainly due to elites being difficult to access. However, they often play a very influential role, and to get the full picture, research on elites in environmental conflicts is pivotal, says Anna.

Professor Matthew J. Taylor is Anna’s supervisor at the University of Denver.