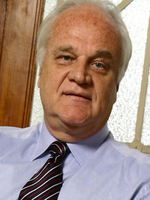 Paulo M. Buss is Professor Emeritus at Fundação Oswaldo Cruz (Fiocruz), Brazil; a full member of the National Academy of Medicine of Brazil; a full Professor at the National School of Public Health and a Medical Doctor (Master in Public Health and Doctor in Sciences). He is Director of the Center for Global Health and Health Diplomacy at Fiocruz, and of the WHO/PAHO Collaborating Center on Global Health, Health Diplomacy and South-South Cooperation. He was formerly President of Fiocruz (2001-2008) and Director of the National School of Public Health (1989-1992 and 1998-2001). He is Doctor Honoris-Causa at Universidade Nova de Lisboa (Portugal), and Isalud University (Argentina), and an honorary member of the Portuguese Academy of Medicine and the National Academy of Medicine of Argentina. Paulo represented Brazil in the World Health Organization’s Executive Council (December 2004 - May 2007) and was the organizer of the WHO World Conference on the Social Determinants of Health (Rio de Janeiro, October 2011). He is author of six books, including (in Portuguese) ‘Health Diplomacy and Global Health: Latin-American Perspectives’ (2017) and ‘Health Diplomacy and Covid-19´ (2020), and more than 250 book chapters and papers in medical and social sciences journals. Currently, he is the President of the Latin-American Alliance for Global Health (ALASAG) and member of the Policy Advisory Group, WHO World Report on Social Determinants of Health Equity. Click here for Paulo's full CV. 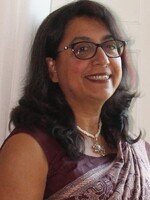 Jashodhara Dasgupta is an independent feminist researcher, with over thirty years’ experience in gender, rights and health, working on rural women’s and girls’ leadership in rights-claiming. She has co-founded four feminist organizations in India as well as headed one of them, SAHAYOG, for 12 years. She has been extensively engaged with civil society campaigns nationally and internationally, on the right to health, the right to food security and women's economic rights. Jashodhara has received several fellowships as well as published widely on gender, rights and health.

Jashodhara has been a Member of the High-Level Expert Group on Universal Health Coverage in the erstwhile Planning Commission, Government of India. She has been an expert advisor to the OHCHR at the UN Human Rights Council, as well as the National Human Rights Commission and line ministries in India. Jashodhara was a Member of the Lancet – University of Oslo Commission on Global Governance for Health from 2011-2014.

Professor Sir Michael Marmot is Director of the UCL Institute of Health Equity. He has led various research groups on health inequalities for 35 years. He was Chair of the Commission on Social Determinants of Health (CSDH), which was set up by the World Health Organization in 2005, and produced the report entitled: ‘Closing the Gap in a Generation’, followed by 'Fair society, healthy lives' for the UK government. Professor Marmot was a member of The Lancet – University of Oslo Commission on Global Governance for Health from 2011-2014.

Professor Emeritus Desmond McNeill is the Director of the Research School at the Centre for Development and the Environment (SUM) at the University of Oslo. He has previously been the director of SUM, following employment as a lecturer at University College London, the University of Edinburgh and Adviser in the Norwegian Agency for Development Cooperation (Norad). His main research fields are governance, sustainable development and the relationship between research and policy. He has worked in many countries as researcher and consultant. His recent books are: Protecting the World’s Children: Immunisation Policies and Practices (ed. with S. Roalkvam and S. Blume). Oxford University Press 2013; Global Poverty, Ethics and Human Rights, (with A St Clair), Routledge, 2009; Development Issues in Global Governance (with B. Bull), 2007; Global Institutions and Development: Framing the World? (ed. with M. Bøås), 2004. McNeill was member of The Lancet – University of Oslo Commission on Global Governance for Health and he is also a member of the newly established International Panel of Experts on Sustainable Food Systems (IPES Food). 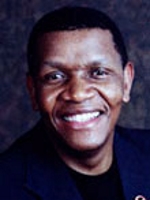 Dr Ayanda Ntsaluba is Executive Director of Discovery Holdings in South Africa. Ntsaluba holds a medical degree from the University of Natal, specialised in Obstetrics and Gynecology, a MSc in Health Policy, Planning and Financing from the University of London, and an Executive MBA from the Graduate School of Business at the University of Cape Town. Previously, Ntsaluba has served as Director-General of Health in South Africa (September 1998 - August 2003) and as Director-General of Foreign Affairs of South Africa (2003-2011). During his time in office he coordinated South Africa’s participation in the Foreign Policy and Global Health Initiative and he also served on one of the working groups of the WHO Commission on Macro Economics and Health. Ntsaluba was member of The Lancet – University of Oslo Commission on Global Governance for Health from 2011-2014. 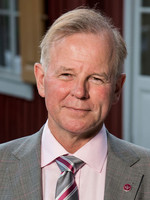 Ole Petter Ottersen MD, PhD is Professor of Medicine, President of the Karolinska Institute (Stockholm, Sweden) and former Rector (President) of University of Oslo (2009-2017). Ottersen was Dean of Science at the Medical Faculty, University of Oslo, from 2000 to 2002. In 2002 he was appointed Director of Centre for Molecular Biology and Neuroscience, a Centre of Excellence sponsored by the Research Council of Norway.  From 2006 to 2009 Ottersen was Chief Editor of "Neuroscience" - the journal of the International Brain Research Organization (IBRO). Ottersen has received several international awards for his research on brain function and disease. He chaired the Lancet-University of Oslo Commission on Global Governance for Health whose report was launched on February 11, 2014. 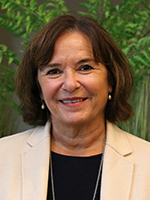 Inger B. Scheel, PhD, is a senior scientist at the Global Health Department, Norwegian Institute of Public Health. She also holds the appointment of Associate Professor of global health, and heads the Centre for Arctic and Global Health at the University of Tromsoe - The Arctic University of Norway. She has previously held positions as research director in private and public institutes. Dr. Scheel has broad interests in health systems research, public health, social and political determinants of health, public health ethics, and methods development in these fields. Presently her work involves methods development within global health ethics, and methodology for assessment of evidence for complex social interventions.  She serves as an external expert to several departments in the World Health Organisation, including as member of the Core Group for the ongoing inter-agency Roadmap for building, assessing, and applying evidence for complex global health interventions, led by MCA department,WHO. Dr. Scheel is a keen advocate for multi-disciplinary approaches in global health research, and have headed large, multidisciplinary researcher networks in the functions of President of Norwegian Forum for Global Health Research, President of Federation of European Societies of Tropical Medicine and International Health and Head of the secretariat for the Lancet - UiO Commission on Global Governance for Health.