Warning: Capitalism may be dangerous to our health. Avoid consuming

As we leave the acute stage of the pandemic, most governments, banks, and business lobbyists have only one item dominating their agenda, namely growth. 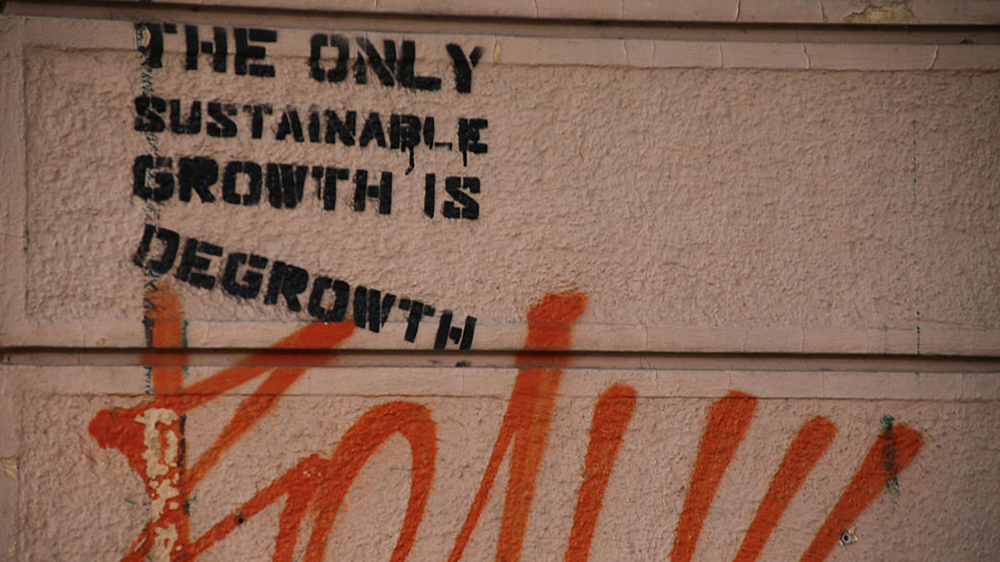 We have made consumption our way of life

I am old enough to remember when the Club of Rome published its 1972 seminal report The Limits to Growth1. The report showed how the growth trajectory of les trentes glorieuses following the end of the Second World War was incompatible with environmental limits and social needs. True, this period of Keynesian economics brought us economic growth, progressive taxation, strong unionization, new social protection programs, and sharp declines in income inequalities.

But it also brought us what a 1955 marketing guru described as an “enormously productive economy” demanding that “we make consumption our way of life” so that things are “consumed, burned up, worn out, replaced, and discarded at an ever-increasing pace.”2 Healthy and equitable progress on the economy’s one hand, but a manufactured and toxic consumerism on the other.

A crisis of consumption

The 1987 Brundtland Report’s embrace of sustainable development seemed an important tonic to the hyper-consumerism unleashed during our post-War golden years. But the 3 Rs that flourished in the Report’s wake saw the reduce and reuse imperatives quickly buried in recycling bins that allowed “our enormously productive economy” to continue its ecocide, but with less consumer guilt. One retail chain had the cheek to advertise that “you can write to government or industry but frankly it won’t make a difference. The only way you can make your voice heard is to buy our green products.3 As if we can consume our way out of a crisis of consumption.

We cannot, since we are already consuming annually 1.75 times the environmental resources the earth can replenish.

That is why the degrowth/post-growth policy ideas slowly infiltrating economic discourse must be taken seriously. The ideas have ancient roots, many of them in Indigenous and rural agrarian cultures worldwide, such as buen vivir movements in South America.

Degrowth is not no growth; rather it means reducing our aggregate levels of consumption and production to stay within liveable planetary boundaries, and to do so equitably.

Towards a fair consumption space for all

The wealthier amongst us (primarily in the Global North) will need to go on a massive consumption diet. No more fast fashion. No more appliances manufactured to fall apart in a few years. Yes, a shift to e-vehicles but more importantly, fewer vehicles. Limited air travel equitably allocated, not left to consumer choice.

The bottom half of humanity needs the consumption space we free up to access the material resources allowing them to achieve health expectancies that most of us reading this blog take for granted.

But as we leave the acute stage of the pandemic, most governments, banks, and business lobbyists have one item dominating their agenda: growth, growth, and more growth. Therein rests our greatest challenge: as our prescient 1955 marketing guru acknowledged, our capitalist growth economy is also our planet-killing consumption economy.

An economic transformation is required

The degrowth and redistributive systems we now need for our very survival are incompatible with the assumptions, policies, and practices of the economics that have governed our lives for decades. Whatever economic transformation our climate crisis finally forces upon our politics, it will not, and cannot be, the market-fundamentalist capitalism of our past.

1. The Limits To Growth: A Report For The Club Of Rome's Project On The Predicament Of Mankind. New York: Universe Books, 1972.

By Ronald Labonté
E-mail this page