The Health Determinants of Politics

With access to health care high on people`s priorities and electorates judging their political leaders on their COVID-19 responses, now could be the best time to campaign for bold health reforms to reach universal health coverage, writes Collective member Robert Yates. 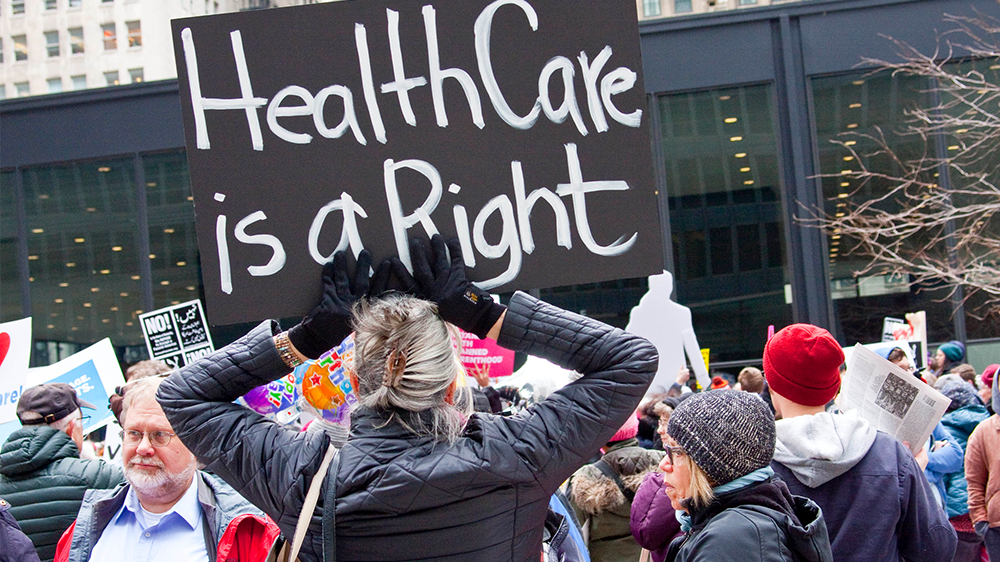 A United Nations survey of 1.5 million people reported that “access to healthcare” was by far the top priority of respondents in countries of all income levels across the world. Photo: Charles Edward Miller on flickr.

In 1992, the political strategist James Carville coined the phrase “it’s the economy, stupid” when choosing priorities for Bill Clinton’s successful presidential campaign. It has since become received wisdom that political leaders vying for power should prioritise the economy above anything else.

But interestingly a much less-quoted slogan from this campaign was “don’t forget health care” and with the world still in the midst of the biggest health crisis in over a century, there are signs that political priorities are changing. Early evidence of this came in January 2021, when an enormous survey of 1.5 million people by the United Nations reported that “access to healthcare” was by far the top priority of respondents in countries of all income levels across the world.

And now as we begin to emerge from the pandemic, we are beginning to see electorates judging their political leaders on their COVID-19 responses - not only on the policies they adopted but on their own personal behaviour during the pandemic.

So, leaders that have performed badly or dishonestly are being voted out of power, with perhaps President Trump the most prominent casualty of an electorate disgruntled by an inept COVID-19 response. Before COVID-19 struck, many commentators were predicting a Trump victory in 2020 due to the strength of the American economy.

There is also a growing trend for leftist candidates, campaigning on universal health platforms, to oust right-wing leaders in Latin America, starting with Chile and Honduras, with Brazil and Colombia likely to follow.

In the United Kingdom, too, Prime Minister Boris Johnson, having secured a large majority in December 2019, is now fighting for his political life as his own parliamentarians contemplate replacing him as the electorate reacts angrily to evidence that he ignored strict COVID-19 regulations.

Conversely, political leaders that have been seen to have responded well to the COVID-19 crisis are reaping electoral success. For example, in New Zealand, Jacinta Arden’s decisive and unifying COVID-19 response was rewarded with the first overall majority for a political party in recent history. Similarly, Portugal’s socialist government recently won an outright majority largely in response to positive perceptions about their handling of the pandemic and the country’s impressive vaccination programme.

So perhaps the best slogan for politicians approaching elections in 2022 and for the foreseeable future, should be: “it’s health, stupid”. With access to healthcare high on people’s priorities, now could be the best time to campaign on a platform of launching bold health reforms to reach universal health coverage. At face value this might appear fanciful, with public spending heavily constrained, but here it is important to recognise that many of the world`s great universal health systems have emerged from crises. This includes the United Kingdom, France and Japan after World War II, Thailand after the Asian financial crisis, Sri Lanka after devastating malaria epidemics in the 1940s and Rwanda in the aftermath of the genocide of 1994. Interestingly China, re-socialised its health financing system with billions of dollars of tax financing in the immediate aftermath of the SARS epidemic of 2002/3, responding to political pressure from the population.

So, might the COVID-19 crisis trigger a new generation of universal health reforms especially in middle-income countries with the fiscal space to cover their entire populations? Already we are seeing leaders in some countries adopting this strategy – for example in South Africa where President Ramaphosa is vowing to fast-track a national health system and Pakistan where Prime Minister Imran Khan is rolling out a universal health programme as the foundation of a welfare state.

Improving access to health care and increasing financial protection makes sense from both a health and economic perspective. But in responding to one of the electorate’s top priorities it also makes sense from a political perspective and follows a tried and tested strategy by leaders throughout recent history: when you need a quick political win in response to a national crisis, give the people free health care.

By Robert Yates
E-mail this page