We urgently need to recognize that prematurely declaring pandemics over endangers all of us and ensures that we remain vulnerable to current and future viral threats, writes Collective member Nora Kenworthy. 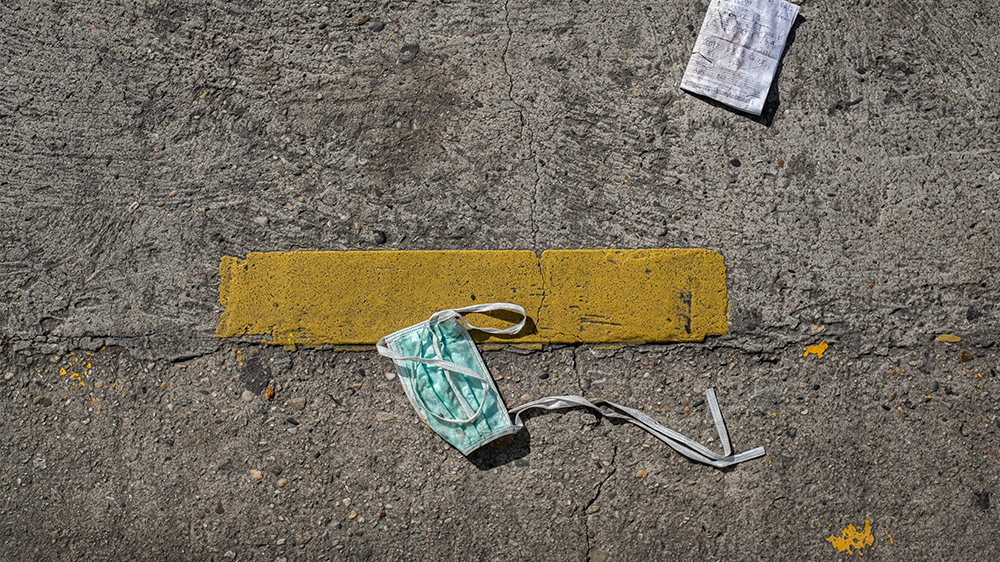 In recent weeks in the US, it has been impossible to miss the daily declarations that the end of COVID is near. Controversial experts invoke the “urgency of normal” while the Biden administration encourages people to remove masks, return to normal, and learn to “live with COVID” in the recent State of the Union Address. Talk of endemicity and endings is entirely unmoored from epidemiologic realities: by the time this blog post is published, the world will have surpassed 6 million official COVID deaths, while cases still soar across regions of the world, many populations remain unvaccinated, and a new variant is on the rise. Rather than confronting these realities, the US Centers for Disease Control simply changed the metrics: accepting anything less than 1000 deaths a day as “low risk,” America’s pandemic maps went from scarlet red to reassuring mint green overnight. Similarly, at a recent meeting in Munich, global health donors eagerly discussed “moving on” from COVID.

It’s clear, of course, that the reasons for declaring an ‘end’ to the COVID pandemic are political, not epidemiological. Many experts and activists have pointed out the hypocrisy and danger of these policy positions, and the powerful political interests driving them. In the US, pollsters and political consultants have pushed heavily for policies and rhetoric that ‘normalize’ the pandemic and retrench what few public health protections were still in place. These political positions risk abandoning vulnerable Americans, as well as those in many lower income countries, to continued suffering. Such abandonment under the guise of declarations of success is, sadly, familiar to many of us in the global health field.

I will never forget the first time I heard that AIDS was ‘ending ‘ in 2011. I had just returned from more than a year in Lesotho’s HIV clinics, where patients were still struggling to access treatment and adult HIV prevalence rates were above 40% in some areas. Lesotho had only begun rolling out a comprehensive HIV treatment program in 2008, heavily subsidized by international donors. Many patients still faced long waits and inadequate support for treatment. But within three short years, powerful leaders and donors were already celebrating “the beginning of the end of AIDS.”

Such an ‘end of AIDS’ was premised not on a justice-informed, comprehensive, long-term commitment to treating and preventing HIV, but on highly targeted interventions for selected risk groups, and the increasing use of preventive therapeutics like pre-exposure prophylaxis (PrEP). While these were promising strategies for some groups, they raised significant questions about “where, how, and for whom AIDS may be ending” and what targets, populations, and places were being left behind. A decade later, AIDS has not ended, certainly not in places like Lesotho. But in some cases, the world’s powerful donors have moved on – only for them, perhaps, is AIDS over.

It's important to examine not only whose interests these policy decisions serve, but the broader political impacts they have. In Lesotho, as I’ve described in my book Mistreated, these decisions created anger, mistrust, resentment, and feelings of abandonment among communities hard-hit by HIV. Long after the celebratory declarations have been forgotten, people impacted by pandemics remember: In Lesotho, ‘ending AIDS’ has had long-term generational political effects, entrenching citizens’ distrust of the health system and their political representatives.

Similarly in the US, responses to COVID have increasingly emphasized personal choices over collective responsibility, placed blame on the unvaccinated and those with other health conditions for high case and death rates, and dismissed the rights (and sometimes even the existence) of vulnerable populations, immunocompromised people, children, and long COVID survivors. Meanwhile, US corporations and leaders have consistently blocked low- and middle-income countries’ access to vaccine intellectual property, perpetuating conditions of “vaccine apartheid” that all but ensure the pandemic will not end. These pandemic responses crystallize and reproduce cultural politics that are like moral toxicities for collective health. They normalize the idea that health is an entirely selfish, individualistic activity responsive to profit rather than collective well-being. Indeed, much of the policy-making discourse in the US is intended not just to allow Americans to do what they want regardless of the needs of others, but to relieve them of any sense of shame or guilt at doing so.

Pandemics do not just hold up a mirror to our societies, they change us. How we choose to end them – either in words or in deeds – leaves lasting social and political imprints that shape our future health. As Gregg Gonsalves has noted: “The lesson of the AIDS pandemic is that it’s easy to leave people behind, even if it is at the cost of our collective peril.” We urgently need to recognize that prematurely declaring pandemics over endangers all of us and ensures that we remain vulnerable to current and future viral threats.

By Nora Kenworthy
E-mail this page