In this blog, Collective member David McCoy discusses how contemporary colonialism in global health can be approached through three intersecting dimensions. 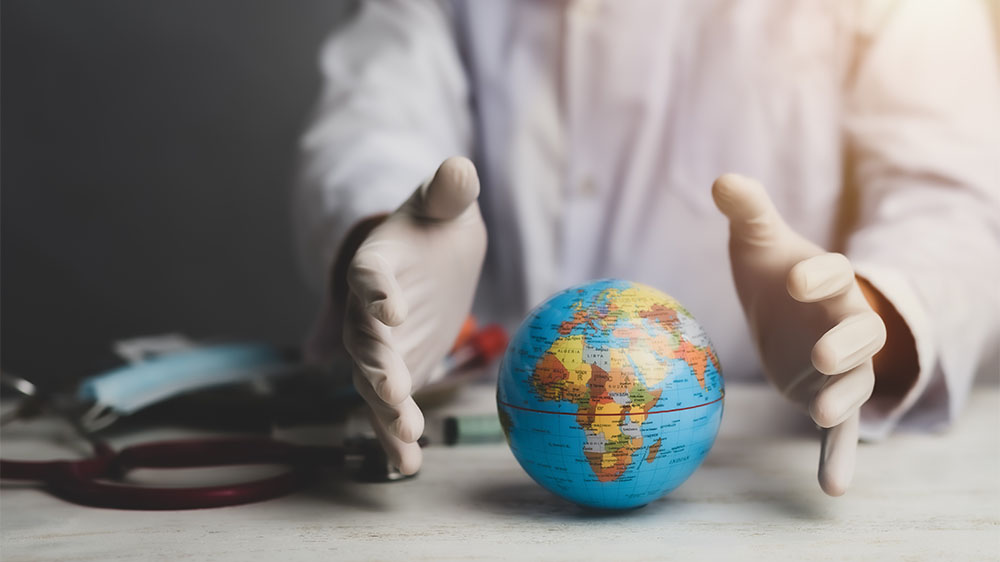 Last week, the United Nations University International Institute for Global Health (IIGH) launched a programme of work to decolonise Global Health (GH). The fact that the GH system may be colonial is a serious and surprising charge for actors and institutions more commonly associated with fighting disease and saving lives.

Colonialism is the result of power asymmetries where one group of people dominates and subjugates another group (or groups) to exploit them, and extract and appropriate wealth. While often accompanied by force and violence, colonial relationships may also be expressed subtly and even hidden in the guise of charity or aid. It can occur on multiple scales and levels and involve the direct occupation of the territory of others or occur indirectly through unfair economic structures and systems.

Indeed, a great deal of colonialism today is conducted through domination within a globalised and financialised economic system characterised by oligopolistic power, vast amounts of deregulated and mobile private finance and eye-watering levels of tax abuse. Perhaps nothing exemplifies contemporary colonialism more than the fact that ten men own more wealth than the bottom 3.1 billion of the world’s population, while hundreds of millions of free citizens in sovereign and democratic nations are trapped by debt, low wages and chronic job insecurity.

The hyper-wealthy – working through opaque corporate and financial structures and fortified by an army of lobbyists, accountants, lawyers and PR firms – have captured or found ways around governments and the public-interest institutions that build democracy, fairness and social cohesion in society. Powerful private actors have blocked reforms to limit corporate power and rampant tax abuse, and obstructed efforts to regulate media platforms or the marketing of harmful products to children. By driving up the earth’s temperature, recent generations have also colonised the earth and stolen the stability of the Holocene from future generations. It is a colonial mindset that sees the earth as a resource to be pillaged and that happily trades climate science and environmental catastrophe for the pursuit of maximum private profit.

Central to all forms of colonialism is an edifice of ideas, beliefs and narratives used to justify or legitimize exploitation, extraction, and misappropriation. For much of history, racism and colonialism have been joined at the hip, and narratives that dehumanize others have been at the heart of the worst manifestations of colonialism, including the trans-Atlantic slave trade and the genocide of indigenous peoples in the Americas. Racism still blights many societies, but in today’s world, economic ideas, beliefs, and narratives are arguably more important in enabling and justifying colonialism. These include false neoliberal ideas about the harms of regulation or about market-led innovation being superior to public-interest innovation; as well as the notion that billionaires are wealth creators rather than wealth takers.

In our programme to decolonise GH, we adopt a broad and multi-faceted definition of colonialism and highlight three intersecting dimensions. First, we examine power asymmetries and colonialism within GH which includes the use of official development assistance by donors to reinforce the power and privilege of health actors from the Global North relative to actors in the Global South. Colonial relationships are also reflected in journals favouring authors from historically privileged universities; unequal and exploitative research partnerships; and in the use of narratives and epistemological hierarchies that perpetuate social and colonial hierarchies.

Second, is the colonisation of GH itself. The structures and systems of GH governance have long been shaped by the interests and agendas of more powerful countries and private actors. WHO, for example, has a history of being controlled by its biggest donors and influenced by corporate lobbying and certain ideologies. The transformation of the GH landscape over the last three decades, with the emergence of multiple public-private partnerships, the growth of powerful international NGOs, and the ascendancy of the Gates Foundation, also reflect undemocratic and colonial shifts of power across the GH system.

Third, is colonialism through GH, whereby health problems are transformed into opportunities for wealth extraction. The COVID-19 pandemic has been especially eye-catching in showing how deep inequities in access to vaccines have been accompanied by excessive profiteering, including the creation of multiple new pharmaceutical billionaires. Simultaneously, pharmaceutical companies have been evading their tax responsibilities despite decades of scientific progress that underpins today’s vaccine technology having been publicly funded and built by thousands of people working in public-interest institutions. All too often however, the GH system provides an alibi for economic greed and malfeasance by endorsing corporate social responsibility projects and corporate participation in GH partnerships and legitimising the undemocratic wealth and power concentration of multi-billionaires.

Kwame Nkrumah – the first President of Ghana – argued that newly independent African countries did not live in a post-colonial world but in a neo-colonial world. Those working in GH must likewise recognise colonial relationships, structures and ideas as contemporary phenomena that should be called out for what it is.

By David McCoy
E-mail this page