The coming austerity and the future of health systems 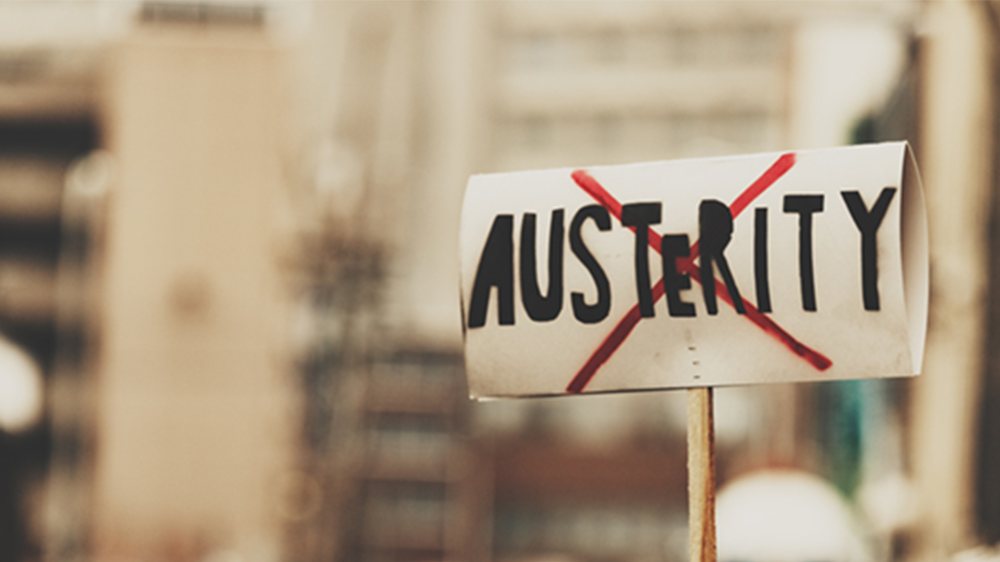 The world is still combatting the deadly Covid-19 outbreak, yet many countries are now shifting gears towards policies accommodating of this infectious disease. A clear indicator of this is the phasing out of public spending packages that supported households and businesses to deal with the initial repercussions of the pandemic. But early evidence suggests that this may be done in a way that does not support sustained improvements in health systems and public health.

Consider the projections developed by the International Monetary Fund, the world’s most authoritative international financial institution. As shown below, they reveal both divergent fiscal responses to the crisis and different public spending trajectories for the near future. On the former issue, the data show that—compared to the 2010s average—high-income countries (HICs) increased their public spending by approximately 7.5% of GDP in 2020, as opposed to an increase of 3.2% for middle-income countries (MICs) and 1.5% for low-income countries (LICs). Already, this gives a sense of wide discrepancies in how much different countries were able to spend to respond to the immediate aftermath of the spread of Covid-19 to support their populations and invest in public health. 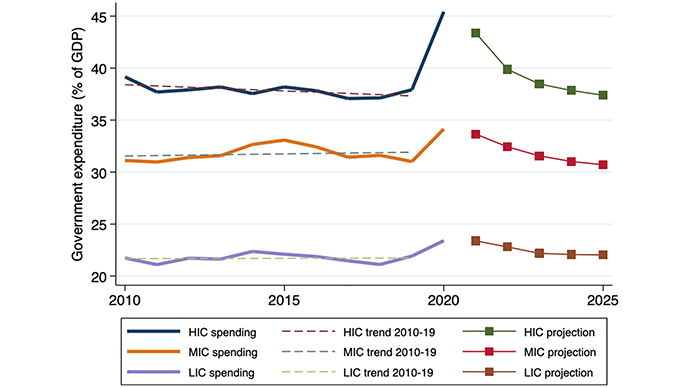 This unequal initial scaling up of public support will be followed by divergent responses in terms of future public spending. High-income countries will keep such expenditures above their average for the 2010s until 2024, and low-income ones will quickly revert to their—already very low—levels. In contrast, middle-income ones are expected to rapidly scale back public spending: by 2023, they will already be spending less than their average for the 2010s, with further reductions projected for subsequent years.

In short, after years of stagnant public spending across low- and middle-income countries, a new wave of austerity will yield far-ranging cuts, thereby dashing hopes of a just recovery. As in the case of past spells of austerity, social protection policies stand to lose access to much needed resources, even though there are still heightened needs associated with Covid-19 and its aftermath.

What does the return of austerity suggest for the future of global public health? There are limited grounds for optimism in a broader context where public spending rapidly contracts in middle-income countries and remains at low levels in low-income countries. The experience with past spells of austerity provides some insight into how health systems might be affected at the current juncture.

Since the onset of the pandemic, health systems have been receiving welcome attention, with many governments proclaiming their commitment to protecting public health. But the impending onset of austerity in many countries suggests that the recent inflow of funds into health systems might stall or reverse in the near future. This means that they will face difficult choices on where to allocate available funding: in traditional areas of investment like building up primary healthcare facilities, investing in maternal and child health, and combatting non-communicable diseases, or on newly prioritized considerations, like building up infrastructures for pandemic and infectious disease surveillance.

Emphasizing emergency preparedness, while important, can mean that funds and attention are diverted away from more holistic and cohesive policies for strengthening health systems, an area where significant progress is yet to be made. In turn, continuation of the relative neglect for health systems – compared to vertical, self-contained interventions like vaccination campaigns – might contribute to exacerbating the large and growing non-communicable disease burdens. In a fiscal environment where austerity measures make countries in the Global South further dependent on foreign aid and multilateral assistance flows, this can create a rift between donor priorities and recipient-country needs.

But even in the absence of a reshuffle of priorities in global health, austerity measures can still lead to important changes in health system capacities, especially on the volume and quality of healthcare services. This commonly occurs as an unintended consequence of broader policies to reduce public spending—like across-the-board budget caps, ceilings on the number of civil servants or limits to the public sector wage bill—that also impact healthcare staff. Parallel to cost-cutting efforts, revenue-raising attempts in healthcare compound the adverse impacts on health as countries introduce or increase user fees or co-payments for medicines, leading to the exclusion of the poor or other vulnerable populations from coverage.

In short, austerity will threaten past progress in health system strengthening around the world and might stunt further development of equitable health policies. This calls for coordinated action from governments, donors, and international organizations to shelter health systems from deep cuts and instead strengthen their commitment to building up universal health coverage.

By Alexander Kentikelenis
E-mail this page