Concert and seminar: Bangladesh at 50 - looking back and looking forward 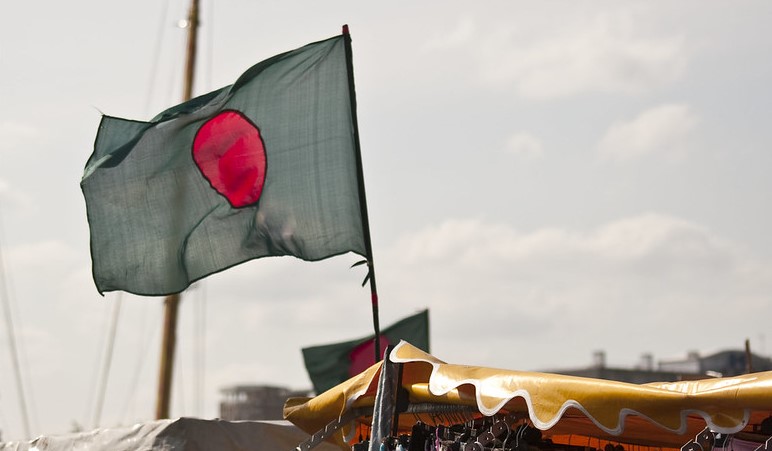 We mark Bangladesh’s 50 years of independence with a concert and seminar on Ekushey, the 21 February and this year the 70th anniversary of the language movement. We will mark it with music, key note addresses and a panel discussion.

Bangladesh mostly goes below the radar of positive media coverage in Norway. This evening will provide insight into a nation with a rich cultural heritage and a country on the move upwards in a rapidly changing region and world.

Topics for talks range from the aspirations and achievements of Bangladesh´s robust development and areas of mutual concern related to democracy, human rights and emerging regional and global issues such as climate change.

People with former and ongoing links between Norway and Bangladesh in different areas and interested in South Asia are especially invited.

How is the Father of the Nation, the working poor and the civil society inscribed?

What is the narrative´s blind zones? And finally – if we think ahead a generation - which scope of influence may the ultrarich, the aspiring middleclass and the working poor grasp?

The Spirit of Resilience: The Great Bhola Cyclone and Liberation War

The Great Bhola Cyclone that hit then-East Pakistan in November 1970 was the world's worst natural disaster. It killed half a million people and fueled the Liberation War that followed.

Remarkably, just thirteen months after the cyclone hit, Bangladesh became a free, independent nation. What can the events of Bangladesh's birth teach us about the nature of resilience in Bangladesh, and about preparing for and overcoming climate disasters today?

Bangladesh was among the three biggest recipents of Norway´s development aid, but not any longer. Did the relationship reflect Norwegian or Bangladeshi priorities?

Lund International Tagore Choir. The  choir was formed in 2012 on an initiative by Bubu Munshi Eklund, Rabindrasangheet singer from Kolkata living in Sweden. Most of the members are Swedes, all sharing a fascination for the Indian/Bengali poet Rabindranath Tagore, the 1913 Nobel laureate in Literature, and singing his composed poems in the original Bengali language. The choir made a successful Bangladesh tour in January 2020, with seven concerts in four cities: Dhaka, Jessore, Kushtia and Sylhet.