Professor Anthony Giddens - currently Life Fellow at King’s College, Cambridge and the member of the House of Lords - is one of the most prominent sociologists of our time. 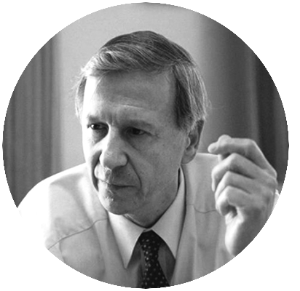 He was Professor of sociology in the University of Cambridge until 1997, when he became Director of the London School of Economics (until 2004). He is the recipient of the Prince of Asturias Prize for the social sciences (2002) and holds 15 honorary degrees.

Anthony Giddens is the author and editor of 40 books (translated into over 40 different languages) – including such academic bestsellers as Sociology (8 editions since 1982), Capitalism and Modern Social Theory (1971), Modernity and Self-Identity (1991), Beyond Left and Right (1994), The Renewal of Social Democracy (1998), and The Politics of Climate Change (2011). His work inspired the so-called “third way” movement that aimed at the renewal of democracy in Europe.

Giddens’ most recent work ranges from studies of environmental challenges and climate change, to books on the role and nature of the European Union (See Turbulent and Mighty Continent: What Future for Europe? 2014). As a scholar who always follows – and codifies - the dominant Zeitgeist, he is also keenly interested in the impact of the ongoing digitalization and the AI revolution on human civilization. For the past several years Giddens has been working on the digital revolution and AI, which he believes to be the greatest transformative forces of our age.