Arve Hansen argues for a new research agenda that takes the complexity of consumption seriously. 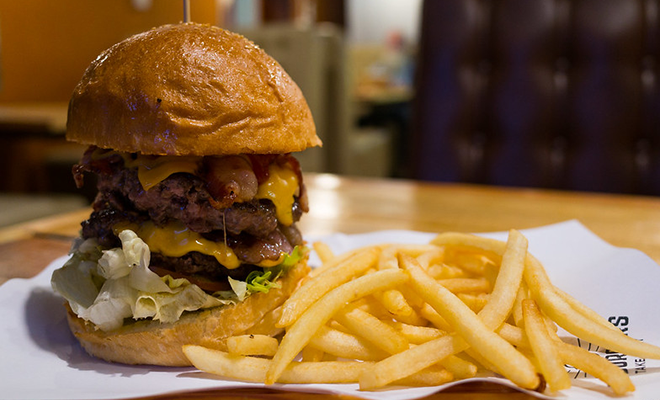 If we could just change what people eat, it would have a massive ripple effect in entire food systems. But what kind of research is needed in order to support a food transformation? Photo: Tatsuya Fukata via Flickr.

The world is in dire need of more sustainable and healthy food systems. The development field has much to say on the topic but has historically had a clear focus on either food supply or food deprivation. The potential benefits and positive spill-over effects of eating healthier and more sustainably have, however, led to increasing and wider attention to the demand side of food. Recent research suggests that the sustainability potential of dietary change is considerably larger than that of improving production. If we could just change what people eat, and at the same time avoid some of the ongoing nutrition transitions in low- and middle-income countries, it would have a massive ripple effect in entire food systems.

Healthy diets and lifestyles have moved to the very core of global sustainability agendas. However, so far much of the development field’s engagement with changing diets rests on oversimplified understandings of food consumption and its drivers.

In a recent article in the European Journal of Development Research (EJDR), I have taken a closer look at food transformations, new middle classes and the role of consumption. Based on this, I argue for a new research agenda that takes the complexity of consumption seriously.

More people are now overweight than underweight globally, and overweight and obesity continue to increase in all the world’s regions. While hunger and undernutrition remain far from eliminated despite decades of targeted effort, overnutrition is increasing at a much faster pace.

The fact that low- and middle-income countries are also facing significant overnutrition challenges, combined with the environmental impact of changing diets, has led to a necessary broadening of the focus on food in global development and sustainability agendas. While undernutrition, poverty and food supply remain the main focus, all forms of malnutrition are now discussed as sustainable development challenges. Indeed, a close read of the many targets of the Sustainable Development Goals reveals that healthy diets and healthy lifestyles have become pillars of sustainable development.

Although more food is produced in the world than ever before, the global food system is frequently portrayed as ‘broken’ or at least as ‘failing’. The UN Environment Programme has called for a ‘food systems revolution’ and a ‘great food transformation’. However, while food transformations are indeed taking place in many parts of the world, they are often moving diets and food systems in less healthy and sustainable directions. Large parts of the world are increasingly seeing diets consisting of more meat, more fast food, more ultra-processed food, and more unhealthy fat and sugar. Due to these changes, scholars have warned that the world is facing a ‘global syndemic of obesity, undernutrition and climate change’.

There are enormous potential sustainability benefits in changing diets, mainly from reducing the consumption of animal products. This potential obviously grows further if we factor in the ongoing and expected future nutrition transitions in large parts of the world. The rapid economic growth and changing composition of food consumption in ‘emerging economies’ is expected to change the global food landscape in the coming decades. In fact, studies find that consumption of highly processed food— which is associated with increased risk of obesity and overweight is growing faster in low- and middle-income countries than in high-income countries.

The neglected complexity of consumption

Explanations for unsustainable food transformations in emerging and developing economies vary greatly, but tend to focus on either the political economy of food provisioning or on the consumption patterns of new middle classes. It is widely accepted that unsustainable food transformations are closely connected to processes of economic development and urbanization. On the supply side, scholars have pointed towards the ‘corporate food regime’, the spreading of the ‘industrial grain-livestock complex’ or capitalism’s dependence on ‘cheap food’ as central.

Beyond documenting large nutritional shifts, little attention has been given to the complexity of food consumption, including how people interact with food environments. In Asia and the Pacific, the region at the very core of global food transformations, food consumption has attracted surprisingly little academic attention. Furthermore, if consumption emerges in the global sustainability agenda at all, it tends to focus on more or less rational consumers making individual choices and who simply need information to consume more sustainably. This effectively ignores decades of research on consumption that has shown that we are often irrational, that consumption patterns are fundamentally social, and that information has limited effect on consumption decisions.

Providing information to consumers is both important and challenging. However, both theory and practice in the field of sustainable consumption quite clearly show that information alone is insufficient to change consumption patterns. In order to deal with unsustainable food consumption, a holistic approach that acknowledges the complexity of consumption is necessary. From the side of research, this would require in-depth studies of everyday food practices and their interaction with food environments and the broader political economies of food.

Towards a new agenda for research on food consumption and development

We need a new research agenda on consumption and development. We know much about how food systems work, including what to expect from ongoing food transformations. Although playing out in different ways in different contexts, we can expect economic development to be accompanied by supermarketisation, the industrialisation of agriculture, and changing consumption patterns towards more fat, more sugar and overall less healthy food. We know that we can expect spikes in obesity rates and non-communicable diseases due to such dietary changes, and dramatic increases in the environmental footprint of food. These seem to be fundamental features of the ‘industrial diet’, with its deep inequalities in access to safe and healthy food. But we still do not have sufficient knowledge of how consumers navigate such transformations in and through everyday food practices, and how these navigations –  or negotiations – can be built upon to make diets more healthy and sustainable as well as avoid unsustainable food transformations.

A consumption approach to food systems change that goes beyond the choices of individuals and embraces the complexity of food consumption can lead to new insights and open new avenues for research and policy towards sustainable and healthy food. By studying food practices and their interaction with food environments and the political economy of food, it is possible to learn from people dealing with food transformations in their everyday lives, particularly by studying how healthier and more environmentally friendly foodways can be supported as building blocks towards more sustainable transformations. To this end, much more research is needed on sustainable consumption and potential sustainability trajectories in emerging economies.

This article was first published on the EADI Debating Development Blog.

By Arve Hansen
E-mail this page