Moving to other planets may be our only shot at long term survival. But for that to work, we cannot view these new habitats, like Mars, as just another pile of resources to consume. 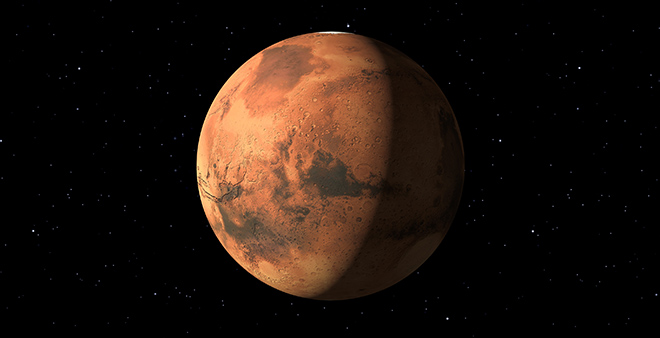 We need to look at Mars and other places in space as valuable, if we want to avoid treating them like we have been treating planet Earth. Illustrative photo: Colourbox

The newly released Intergovernmental Panel on Climate Change (IPCC) report is crystal clear: we are in serious, self-caused, trouble.

Concrete plans to establish human habitats on other planets are rapidly advancing. The rationales are many, but the most existential one – to secure the continuation of human intelligence or Earth life at large, may in fact be very appropriate.

When we talk about space ‘colonization’, we talk about venturing into space based on the same way of thinking which in many ways has led us to our current Earth status.

There are many ways in which Earth may become uninhabitable. One of them is caused by us: climate change. If we are to settle on Mars, treating Mars like we have been treating Earth, will not secure the continuation of our life. It may buy us some time but doing the same all over again just on a slightly larger scale, will not make any difference in the long run.

An underlying contributor to our current environmental situation is how we view the rest of nature, how we value it and how we relate to it. This is basically environmental ethics.

In the history of planet Earth, most human societies have developed around dualistic ways of thinking. This means that we create separations and categories to help us make sense of the world. Some examples are symbolic binaries such as good/evil, black/white, humans/animals, female/male and self/other. The modern western ethic holds this dualism very strongly. Such a dualistic mindset has also brought along sexist, racist, ethnocentric practices and homophobia, along with environmental disasters and wars. Such separations have shaped our identities and our radius of care, to both humans and non-humans.

The modern western ethic also depends on a perception of the rest of nature as primarily resources for humans; humans are superior, we are the most important, and we are therefore justified to use what else exists to secure our own survival and well-being. Whether one holds that humans are the most valuable on Earth or not, is not the most important. But when we see the rest of nature as fundamentally separated from us, and thus place so little value on these other things we depend on, we run into problems, as we abuse them into exhaustion and eventually extinction.

What does this mean for a settlement on Mars?

This dualism is also visible in how we talk about space. The term outer space implies a distinct separation, although we are already living in space. Earth is not something fundamentally different than the rest of space. In the search for other habitable planets, we talk about disappointing findings as ‘planets from hell’, and the universe at large as merciless, destructive and chaotic. We categorize the unfamiliar as dead. But this rhetoric can be argued to come from an ‘Earth bias’, and particularly a life bias, and that’s our definition of life.

If we are to live and ultimately thrive in space, we need to acknowledge these environments as places we will physically and psychologically live in, relate to and draw meaning from.

The moon for example, is categorized as an abiotic environment, in other words lifeless. The same goes, at least for now, for Mars. With a life bias, this typically leads to a conclusion of little value, being present besides scientific or that of resources. But think about places like the Grand Canyon, the Sahara Desert, Mt. Everest and the poles’ frozen landscapes. We value these places for other reasons than what sparse life they may hold. We value them aesthetically, culturally, historically, and for some even intrinsically. Would we be okay with some company blasting Mount Everest into pieces? Probably not. Hypothetically, would it then be okay to do that with Olympus Mons on Mars, three times higher than Mt. Everest? For a human living on Mars, the Martian environment will be his or her nature.

When we talk about space ‘colonization’, we talk about venturing into space based on the same way of thinking which in many ways has led us to our current Earth status. If history is any indication, space ‘colonization’ is then likely to precipitate species discrimination, environmental destruction, resource exhaustion and possibly planetary wars.

From space colonization to space migration

Human life cannot succeed in the universe without the value of other living and non-living things. We are interrelated and depend on the rest of nature, not only for survival, but for construction of culture, for creation of meaning and for development of imagination, visions, ingenuity and knowledge.

Settlements in space means that culture, psychology, nutrition, reproduction, aesthetics, is also moving into space. As such, we cannot view the space environments and potential future human habitats like the Moon or Mars, as something dead, worthless and fundamentally different than the things, beings and places we value at Earth.

We need to crack the code for cosmic sustainability.

If we are to live and ultimately thrive in space, we need to acknowledge these environments as places we will physically and psychologically live in, relate to and draw meaning from. We need to see space as a valuable place to be in. Thus, space migration might be a better conceptual term than space colonization.

These places in space, just like different places on Earth, have integrity. They have their own story in the making, besides what utilitarian value they may hold for us. And they will hold utilitarian value for us beyond that of resources. We should treat and conceptualize them accordingly.

With an eye towards our past methods of territorial expansion, looking at the current state of the global environment, and acknowledging our footprint in an intergenerational perspective; doing the same all over again, just on a slightly larger scale, will not make any difference in the long run. If outer space settlements are to secure the continuation of life as we know it, we need to understand what sustainability is, both for ourselves and for the places that will be housing us. We need to crack the code for cosmic sustainability.

By Andrea Owe
E-mail this page