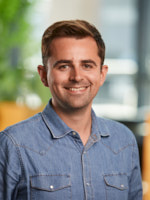 Antoine de Bengy Puyvallée is a PhD candidate in International Relations at the Centre for Development and the Environment. He is interested in global health governance and global cooperation to manage dangerous disease outbreaks such as Ebola (global health security).

He previously studied Norway’s response to the 2014-2015 Ebola crisis and was involved in research analyzing the role of civil society in global health. He also participated to the "Nordic branding project", as a part of which he edited a volume titled "Do Gooders at the End of Aid. Scandinavian Humanitarianism in the 21st Century" (Open Access).

Antoine is part of the secretariat of The Collective for the Political Determinants of Health.

Antoine holds a MA in International Relations and European Studies from Sciences Po (Lille, 2015) and a MA in Culture, Environment and Sustainability from Centre for Development and the Environment, University of Oslo (2017). His master thesis was titled "Securitization of a humanitarian crisis: Norway’s international response to Ebola" (2017).

Prior to this PhD fellowship, Antoine has been a research assistant and then a junior researcher at SUM for three and half years.