What are the reasons why some areas in Oslo get good public spaces while others do not? 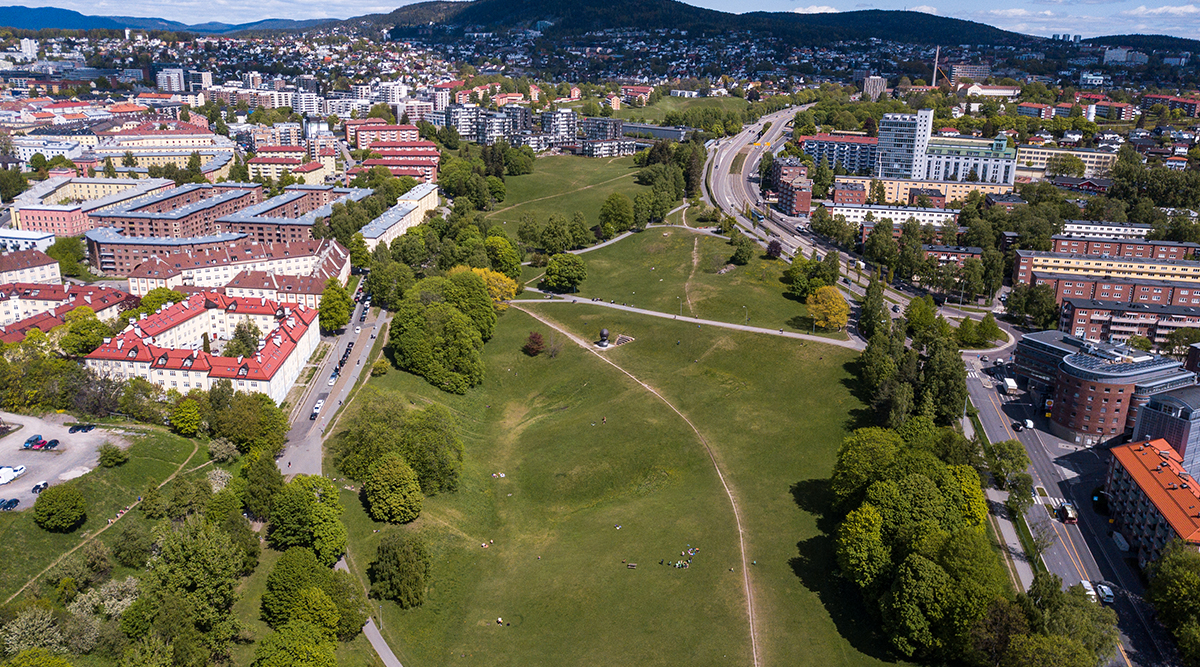 Torshovdalen in the district Sagene is widely used both summer and winter. Photo: Olle Jönsson, A-lab

If you live in Oslo or another larger Norwegian city, you are probably well acquainted with parks, squares and other public spaces located near your home. Perhaps you walk the dog there, take the children to the playground or read a book in the sun on a bench.

Some districts have many public spaces, while others have only a few. Hovinbyen and Nydalen are examples of districts where there has recently been a lot of discussion among the residents and in the media regarding the sufficiency of green areas and public meeting places. What are the reasons for that?

Per Gunnar Røe, a researcher at the Include Center and the Department of Sociology and Human Geography, studies urban development and the development of public spaces. He points out that the construction in Nydalen and Hovinbyen has been carried out mainly by private property developers and contractors.

Røe believes that this practice can make it more difficult to think holistically in urban planning.

“The fact that the private sector is responsible for the construction and design of large areas can lead to fragmentation of urban planning, and thus it becomes more difficult to preserve societal considerations and comprehensive planning. This can again affect the accessibility and the quality of public parks and meeting places because no single actor carries the sole responsibility”, claims Røe.

In the case of housing construction, the developers finance the development of enjoyable outdoor areas, and the cost must subsequently be covered by the income from housing sales. In consequence, this also means that neighbourhoods where consumers are unable or unwilling to spend more on housing have lower investment in common areas. Røe is concerned that this could lead to increased differences between the different parts of the cities.

“Designing good outdoor areas and public spaces costs about the same no matter where you build them. The main risk is that in areas with reduced ability to cover the costs, or areas where the expected housing prices are low, the quality of the outdoor areas may also be diminished.”

Per Gunnar Røe is a project manager in the research project "Truly public urban spaces". The project focuses on the creation and design of public urban spaces, how they are utilized and to what extent are they socially inclusive. The researchers are analysing plans, development projects and outdoor spaces in different parts of the city.